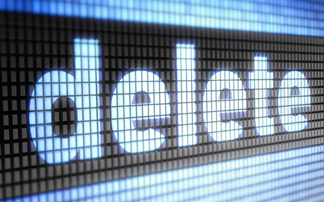 Since the Children’s Online Privacy Protection Act (COPPA) only protects the privacy of minors under the age of 13, it is important for teenagers and parents to understand how the law pertains to children ages 13-18.

When the governor signed Senate President Pro Tem Steinberg’s Senate Bill 568, California became the first state to allow individuals under the age of 18 the ability to erase their own content from a website.  Going into effect on January 1st, 2015, the law states that websites will have to clearly show how to perform this function.

A recent study conducted by Kaplan(1) claims that more than one out of every four college admissions officers now are checking sites like Google and Facebook as part of the admissions process.   When combined with a Wall Street Journal study from 2010 that found 30 percent more “cookies”(2)  and other tracking devices on the top 50 websites for children and teens when compared with general audience sites, the need for the “Eraser Bill” is clearly established for children.(3)

Senator Steinberg stated his bill “is a groundbreaking protection for our kids who often act impetuously with postings of ill-advised pictures or messages before they think through the consequences. They deserve the right to remove this material that could haunt them for years to come.”

While there are many websites that already allow all users to erase old content, such as Facebook, Twitter and Instagram, this site will force all websites to allow this function for people under the age of 18.

The text of the bill(4) states that an operator of a website is considered compliant with the law if:

In addition, SB 568 will outlaw the advertising of products otherwise illegal for minors to be in possession of on websites specifically directed to individuals under the age of 18.  Some of the products that were specifically mentioned include alcoholic beverages, firearms, spray paint and tanning salons.

[2] An “HTTP Cookie” is a small piece of data sent from a website and stored in a user’s web browser while the user is browsing that website. Every time the user loads the website, the browser sends the cookie back to the server to notify the website of the user’s previous activity.