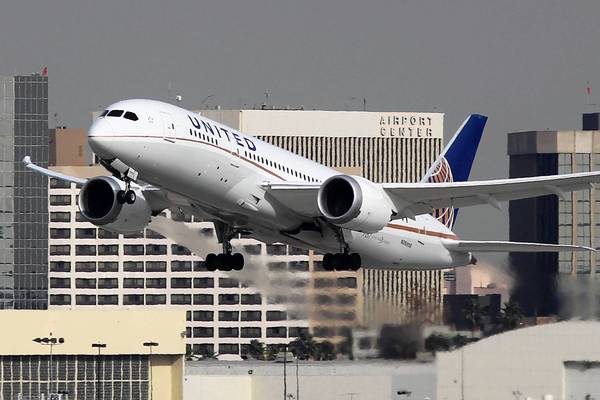 If you think air carriers have run out of ideas for new fees to charge passengers, think again.

Among the fees airlines have announced in the last few weeks are a charge to zip through airport screening gates and board early, a fee to watch streaming movies and a fee to have your bags delivered in 36 cities around the country.

It should be no surprise that airlines keep coming up with new fees: Combined, such charges generated an estimated $36 billion in 2012 for the world’s largest airlines.

A trade group that represents the biggest U.S. airlines says such fees helped many carriers maintain a slim profit margin in 2012.

"U.S. airlines eked out another year of meager profitability as expenses grew faster than revenues with record-setting fuel prices serving as a primary driver," said John Heimlich, chief economist for the trade group Airlines for America.

Among the latest fees, United Airlines now allows economy passengers to board with the first group of passengers and to speed through "exclusive" security gates with shorter lines. The airline says the Premier Access fee starts at $9, but the charge for a typical flight is closer to $50 to $100, said Amy Lee, a senior analyst at Travelnerd.com, an online review site for travel products.

United has also expanded a service to deliver checked luggage to your home, office or hotel within 100 miles of the airport. The fee, starting at $29.95, has been expanded from six cities to 36, including San Francisco, San Diego and Palm Springs.

Southwest Airlines now lets passengers with laptop computers or electronic tablets watch streaming movies on most of its planes for $5 per movie, per device. Southwest already charges $8 per day to connect to the onboard wireless Internet, but you don’t need to pay for Wi-Fi access to watch the streaming movies.

"Everyone in the industry is starting to dabble with fees," Lee said. "Even the budget carriers are getting into the game."

Airline fees are among the most annoying aspects of commercial flying, but the biggest gripes among passengers are uncomfortable seats and tight legroom.

That was one of the key findings of the latest annual survey of more than 2,000 people in the U.S. by the travel review site TripAdvisor.com.

The most irritating fees, according to the survey, are charges to check bags, carry bags into the cabin, upgrade to a better seat, print a boarding pass and buy in-flight extras.

With all of those complaints, you might think fewer people would want to fly.

Instead, 91% of those who were surveyed said they planned to take a flight at least once in 2013, up from 86% who said they flew last year.

"It seems equally clear that these challenges are not limiting the increasing demand for flights," said Bryan Saltzburg, a general manager at TripAdvisor.

Delta to upgrade bedding and seats

Delta Air Lines, one of the nation’s largest airlines, said surveys of its customers suggest that sleep is the most important in-flight experience.

For that reason, the Atlanta-based carrier is upgrading the bedding and seats for long-haul passengers in the BusinessElite section.

Starting in June, those upper-class passengers on international or transcontinental flights will get a special pillow and comforter made by the same folks who produce the high-end bedding for Westin Hotels. The Westin Heavenly bedding is stuffed with a combination of goose down and feathers.

In addition, Delta is adding a channel on its in-flight radio that plays white noise to help passengers sleep. The airline is also installing full flat-bed seats for BusinessElite passengers. Delta hopes to have the lay-flat beds on all of its wide-body planes by early 2014.

In the economy section, sleepy passengers on Delta flights get standard airline pillows and blankets, free of charge.