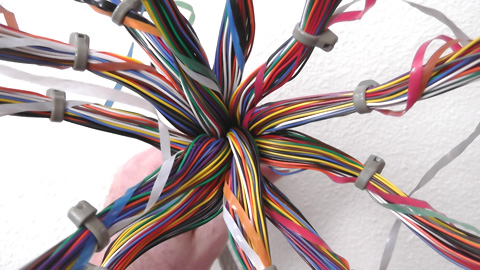 Over the last 15 years, a huge number of consumers have abandoned standard fixed-line telephone in favor of wireless phones or VoIP phone services from their cable/Internet providers. Between this shift and numerous natural disasters that have resulted in costly damage to existing landline networks, companies like AT&T and Verizon have been pushing to replace those old copper lines with their own VoIP services.

Today, the FCC is scheduled to vote on whether or not to allow regional trials that, if successful, would be the first step toward the end of the road for the copper landlines.

According to the Wall Street Journal, participation in any regional trials would be voluntary for consumers, meaning you wouldn’t be forced off your existing phone line and onto a VoIP service during the 3-6 month duration of the trial unless you ask to be switched.

However, an FCC official tells the Journal that the participating telecoms could choose to offer only VoIP service to new customers during these trials.

Since landline companies like AT&T, Verizon, and CenturyLink are considered common carriers by the FCC, any VoIP service they provide in lieu of standard landline phone service would be held to a higher standard of reliability than existing providers like Vonage or Skype.

Some consumers, especially those in rural areas that have been under-served by wireless and fixed broadband service, have expressed concern in recent years about telecoms’ lack of maintenance or investment in existing copper networks. They fear that merely flipping the switch from landline to VoIP could be fraught with problems.

“We do not have any organized data on whether call quality goes down, what breaks and what doesn’t when you switch over to IP,” explains Harold Feld of advocacy group Public Knowledge, which says that proper trials are necessary to see that millions of Americans aren’t stuck with substandard, glitchy service.

Of particular concern is whether the VoIP services will work with necessary business hardware like faxes, credit card readers, ATMs, and alarm services. When Verizon recently deployed its wireless Voice Link landline replacement service in storm-ravaged Fire Island, NY, none of these important connections could be made. In the end, Verizon chose to scrap Voice Link and run a new fiberoptic network to the island.

“This isn’t just about voice,” says Feld. “The phone system is a platform. It’s been an open platform for 40 years, which is why everything hooks into it.”

The unnamed FCC official is cautious about jumping to conclusions about these tests before they’ve happened.

“These will be end user impact trials. Let’s not talk theoretically; let’s look at what actually happens,” the official tells WSJ. “Let’s learn.”