Update 6/24: Sen. Hannah-Beth Jackson pulled her bill from the Assembly Judiciary Committee’s June 24 agenda. The bill will not advance. 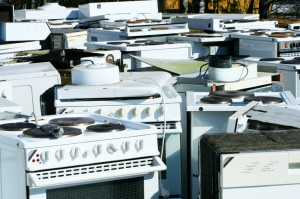 Under this California law, businesses faced charges of fraud if they knew of an inherent product defect, but failed to inform consumers about it. Be it a balky TV, computer or appliance, CLRA acted as a strong disincentive to deceptive marketplace behavior.

But in recent years, courts have hamstrung the use of CLRA to expose fraud and seek justice for consumers. Ever since a 2006 state appeals court ruling in the case of Daugherty v. American Honda Motor Co., CLRA fraudulent omission claims have in some cases been rejected if a product or service did not pose a demonstrable risk to consumer health or safety.

The result: a manufacturer can sell a product it knows is likely to break down long before its expected useful life, and face no responsibility even if the company concealed its knowledge of the problem. That was never the intent when state lawmakers crafted the CLRA as a weapon in the fight against fraud.

Senate Bill 1188 by Sen. Hannah-Beth Jackson provides a solution. It spells out that CLRA protects consumers when a company commits fraud by failing to disclose a known latent defect, whether or not safety is at risk.

SB 1188 is necessary to assure fairness for Californians when a business defrauds customers. Otherwise, merchants in all but the most dangerous cases will be able with impunity to sell products they know will soon become junk.

Here are examples of defrauded consumers denied their day in court:

Sony TVs: Consumers brought a class-action lawsuit alleging CLRA violations after their TV’s started displaying bright blue, yellow and green spots, stains and haze – all after the warranty period expired. Sony refused free repairs, even though consumers alleged the company knew of the problem in the LCD technology. A court rejected CLRA claims because the defect did not relate to product safety.

Alienware computer: A consumer sued under the CLRA after his $4,149 laptop computer overheated, shut down and stopped working after just six months of use. The 9th U.S. Circuit Court of Appeals rejected the lawsuit, citing the Daugherty case and noting that the plaintiff failed to prove that the defect posed a safety threat. The early dismissal of the case, however, denied the plaintiff an opportunity for discovery to determine if Alienware had hidden knowledge that its expensive computer model often fails sooner than would be deemed reasonable by most consumers.