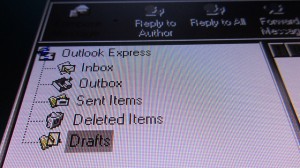 In the years since the September 2010 natural gas pipeline explosion that  killed eight people in San Bruno, the relationship between pipeline operator Pacific Gas and Electric Co. and high-ranking officials at the California Public Utilities Commission has come under intense scrutiny, undermining public trust in the state agency tasked with ensuring safe pipeline operations.

State prosecutors and a federal grand jury are currently zeroing in on alleged improper ties between PG&E and top state regulators. State investigators acting on a search warrant earlier this year seized iPhones, a laptop and bank statements from the residence of former CPUC President Michael Peevey and took similar items from the home of PG&E’s former Vice President of Regulatory Affairs, Brian Cherry, all on suspicion of felony activity relating to a judge-shopping scandal brought to light by email records.

Those exchanges were made public in the wake of civil litigation brought on behalf of San Bruno, when a judge ordered PG&E to release records consisting of some 65,000 emails and 123,000 documents.

KQED has taken a detailed look into this correspondence, which reveals in granular detail the familiar relationships between key decision-makers and PG&E executives that lasted well beyond the San Bruno incident.

Continue reading and view the emails.