A Battle within the CPUC: Cell Phone Privacy Vote 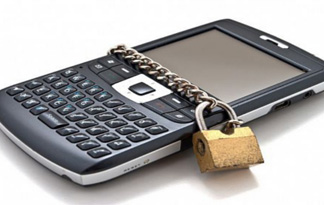 It’s outrageous that the privacy protections that apply to your landline records do not extend to your cell phone activity. Considering the capabilities of a modern smartphone to track the most intimate details of your life – from your calls and texts to your very movements – a wireless device should have greater consumer privacy safeguards.

The California Public Utilities Commission is expected to decide as soon as Thursday whether to move toward closing the gaps in privacy rules that were adopted long before cell phones became common.

One option, proposed by Commissioner Mark Ferron, is to essentially do nothing… Then there is the real-world alternative by Commissioner Catherine Sandoval, which acknowledged that there “may be gaps” in privacy protections that were adopted in an era of landlines. (Read more)

California’s telecom privacy rules haven’t been updated since 1986, long before phones got smart and “app” was even a word. Now the devices we carry can track our every move, and the people we’re calling can be logged for posterity. Or for the National Security Agency. Or for marketers… The PUC should approve Commissioner Catherine Sandoval’s proposal to review all telecommunication rules and add reasonable privacy protections that weren’t needed in 1986. (Read more)

The state’s Public Utilities Commission should … adopt the approach offered by Commissioner Catherine Sandoval, who says that the panel needs to reconsider quarter-century old regulations that did not envision modern mobile phone technology.

Smart phones provide access to all kinds of personal data — where people go, what they buy and where they eat, whom they talk to and what they download, among other information…Those personal details can also be a lucrative opportunity for businesses, either in collating the information to sell to others or using the data to target consumers with advertising. But few people want their every move to feed a marketing bonanza, or become fodder for government surveillance. (Read More)

On January 16, the CPUC will decide between two competing Commissioner proposals. One proposal grants, and the other denies, a petition submitted by CFC, TURN and PRC to initiate a wireless telecom privacy rulemaking proceeding.

Commissioner Sandoval, a law professor and telecom expert, penned a proposal that says the state, through the CPUC, should update outdated privacy rules to protect phone customers. Sandoval’s proposal would initiate a privacy rulemaking, noting many changes to telecom practices and technologies since the CPUC reviewed the privacy rules decades ago.

At odds with Commissioner Sandoval’s proposal, Commissioner Ferron wrote a proposal that would not allow the rulemaking to go forward because he finds there is no demonstrated privacy problem with cell phones. Commissioner Ferron dismisses privacy concerns because of a “lack of documented examples of actual breaches of customer privacy by telecommunications corporations,” among other rationales.

“Too often we hear news about our personal information being sold or shared without our knowledge or consent. We can’t trust corporate phone giants to make those decisions for us,” said Richard Holober, CFC Executive Director.

In 1986, when the rules were drafted, phones didn’t track location, bill payments and other personal information. But many rules governing phone privacy in California are inadequate to protect modern consumers’ constitutional right to privacy, and privacy rules that apply to traditional residential landlines do not all apply to cell phones.

Today, mobile carriers as well as app developers can collect, store, and use a customer’s personal information, regardless of their knowledge or consent. For example, over 140 million customers of Sprint, AT&T and other phone companies were tracked through their phones by Carrier IQ software that phone companies had quietly embedded in mobile devices without customers’ permission. It records location, phone numbers, app downloads, and when text messages are sent or received.

Sandoval’s proposal notes that Carrier IQ is not the only company tracking consumers. When Verizon Wireless customers navigate to websites on smart phones, information about the websites, as well as customers’ location and demographic background, may be sold to businesses including malls, stadiums and billboard owners.

“The phone companies have failed to protect our privacy,” said TURN’s Executive Director, Mark Toney. “When they force tracking software on unwitting customers, consumers really have no choice. That flies in the face of our constitutional right to privacy.”

CFC, TURN and PRC petitioned the CPUC a year ago. The CPUC is scheduled to vote on January 16, whether to protect consumers’ telecom privacy or to stay with outdated rules that were put in place before cell phones and data-mining applications existed.