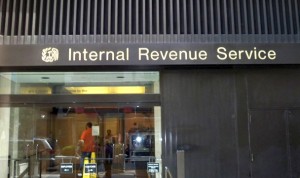 It makes sense that the federal government would want to collect owed taxes and a proposed law would require the IRS to push that duty off to private debt collectors. However, a history of abusive practices by debt collectors and the failure of similar programs in the past has consumer advocates warning that the provision will only hurt consumers and the government in the long run.

More than 15 consumer advocacy and civil rights groups sent a letter [PDF] to members of the Senate urging them to strike a provision in the Expiring Provisions Improvement Reform and Efficiency (EXPIRE) Act of 2014 that requires the Secretary of Treasury to contract private debt collection agencies to collect taxes.

The Treasury Secretary already has the authority to contract with private collectors, but has chosen not to exercise that right. However, requiring the contracts would increase collector’s bottom line while hurting consumers, consumer advocates warn.

“We believe the use of private debt collectors to collect taxes will harm taxpayers, by exposing them to potential abuses that are unfortunately common with that industry,” the letter sent by consumer advocate groups, such as our own Consumers Union and the National Consumer Law Center, to members of the Senate states. “It will also disproportionately impact low-income taxpayers. Finally, the use of private collectors is a waste of taxpayer dollars, lining the pockets of private companies at the expense of the U.S. Treasury.”

Abuses by debt collection agencies have long topped the Federal Trade Commission’s list of complaints. In fact, this year both the FTC and the Consumer Financial Protection Bureau reported that debt collection was the top issue consumers faced when filing complaints.

Common problems include aggressive and abusive collection tactics, and failure to accurately inform borrowers of their rights. In many cases, private collectors do not know about (or claim not to know about) borrowers’ rights, such as the right to loan cancellation or an affordable repayment plan. Other times, as a GAO report issued just last month documented, private collectors gave inaccurate or misleading information about borrowers’ rights and options. We fear the same will happen with private debt collectors and IRS tax debts, and that collectors will fail to inform taxpayers of their rights to certain programs, such as an Offer in Compromise. Indeed, the abuses by private collectors in student loan collection are so bad that one of the top priorities for consumer advocates working on student loan issues is terminating the use of private collectors.

“This provision should be struck from the Senate bill as it will pave the way for abuse of taxpayers, especially low-income taxpayers, in order to enrich the coffers of private debt collectors,” said Chi Chi Wu, staff attorney for National Consumer Law Center.

Consumer advocates believe that low-income taxpayers would be unfairly targeted by the use of private collectors. The letter cites a study by the National Taxpayer Advocate that found the average income of taxpayers assigned to private collectors in the mid-2000s was significantly less than the income levels of taxpayers whose cases were worked by an IRS employee.

Additionally, the groups say the program will be a waste of taxpayer money, citing two unsuccessful programs used in the past.

From 1996-97 a similar program resulted in a $17 million net loss to the government. Then, in the mid-2000s a program created a net loss of nearly $4.5 million for the government, while the private collectors earned more than $16 million in commission.

The later program also resulted in a number of complaints, including one in which a collector made more than 150 calls to the elderly parents of a taxpayer. One of the private collectors was dropped by the IRS for questionable practices, and thousands of dollars in penalties were levied on collectors for violations of taxpayer rights.

The EXPIRE Act of 2014 was passed from committee review to the House and Senate for consideration on April 28.