Home • News • Apple To Refund At Least $32.5 Million For In-App Purchases By Kids

Apple To Refund At Least $32.5 Million For In-App Purchases By Kids 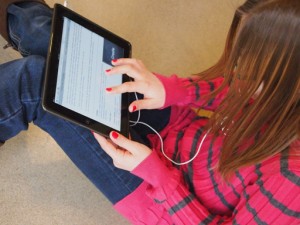 Though Apple has already settled a class-action lawsuit over all those in-app purchases unwittingly made by free-fingered kids on their parents’ and other adults’ iPhones and iPads, that deal didn’t mean the folks at the Federal Trade Commission were going to stop looking into the situation. Today, the FTC announced that it has reached a deal with the electronics giant to issue at least another $32.5 million in refunds to consumers.

The FTC began its look into Apple’s marketing of in-app purchases back in 2011, after several reports of parents being hit with bills for hundreds and thousands of dollars worth of purchases that had been made by children without their permission.

Apple allegedly violated the FTC Act by failing to tell parents that by entering a password to approve a single in-app purchase actually opened a 15-minute window of additional unlimited purchases, meaning kids could just continue making these purchases without their parents knowing.

The FTC also took issue with the fact that the parental password window would pop up, but did not indicate that by putting in one’s password, they were in any way finalizing a purchase.

Many of the purchases involved games on the devices, like the 8-year-old who purchased $1,400 worth of “Smurfberries” on her father’s iPad. These games allowed users to pay for upgrades and add-ons that supposedly enhanced the playing experience or made it easier to level-up.

“This settlement is a victory for consumers harmed by Apple’s unfair billing, and a signal to the business community: whether you’re doing business in the mobile arena or the mall down the street, fundamental consumer protections apply,” said FTC Chairwoman Edith Ramirez. “You cannot charge consumers for purchases they did not authorize.”

Apple will be required to pay refunds to consumers upon request from account holders. They are also required to notify all consumers charged for in-app purchases that refunds for unauthorized purchases made by kids are available, with instructions on how to get their money back.

In addition to the $32.5 million of refunds to consumers, Apple has agreed to modify its billing practices going forward. The company will be required to obtain “express, informed consent” before billing for any in-app charges. Additionally, Apple may obtain consumers’ consent for future charges, but customers must have the option to withdraw at any time.

The deadline by which Apple must make these changes is March 31, 2014.

The FTC has also posted tips for parents on how to avoid surprise in-app purchase bills.