by Jeremy B. White, Sacramento Bee 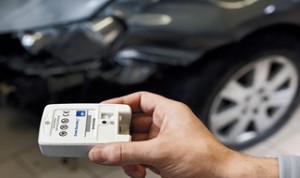 Legislation requiring car manufacturers to open access to the data streaming out of computerized cars stalled in committee on Tuesday.

Only one lawmaker voted against Senate Bill 994 on Tuesday, but seven abstained from voting. The final vote count, 3-1, was three votes short of what the legislation needed to advance beyond the Senate Transportation and Housing Committee.

The bill pits its car insurance industry sponsors against the car manufacturers who currently hold a monopoly on the information cars emit, which has increased in volume as features like onboard GPS and entertainment systems become prevalent.

Backers of the bill said they want to empower consumers by giving them control over reams of data that can include where and how fast a car travels or diagnostic information detailing how smoothly the car is functioning, allowing them to then share that data with third parties like independent mechanics – several of whom showed up to express support on Tuesday.

“My customers don’t want their vehicle service information going to manufacturers and new car dealers – they want it going to my shop,” said Allen Pennebaker, who owns Orinda Motors and formerly led the Automotive Service Councils of California.

Manufacturers would need to tell drivers what they’re collecting and get consent before selling data. The bill’s author, Sen. Bill Monning, D-Carmel, said the interest his bill has generated illustrated the “significant financial interest” in potentially lucrative car data.

“Consumers who purchase or lease a car in California currently have no access to their car’s information beyond what the manufacturer chooses to share with them,” Monning testified on Tuesday.

Automakers have countered that the bill is a power play by the insurance industry, an argument that lawmakers appeared to have heard.

“What’s in it for AAA, and why are you carrying this bill?” Sen. Fran Pavley, D-Agoura Hills, asked an insurance executive.

“It doesn’t give AAA an advantage over anyone else, it simply means the customer gets the benefit of the choice,” replied Alice Bisno of the Automobile Club of Southern California.

Opponents also said the bill would impose a costly demand on carmakers, raised questions about a provision allowing consumers to opt out of data generation and warned that broadening access to car information would compromise consumer security and privacy.