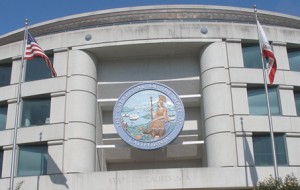 California regulators decided Thursday not to consider the need for tougher privacy protection for smartphone users.

In a 3-2 vote, the Public Utilities Commission denied a petition from consumer groups asking it to investigate the need for stronger privacy standards. It would have been the PUC’s first attempt to update 2-decade-old phone privacy protections in effect since the dawn of the hand-held cellphone era.

Siding with phone companies, Commissioner Mark J. Ferron opposed new privacy regulations and said there was “a lack of documented examples of actual breaches of customer privacy.” The groups seeking tougher regulations “have not identified any sensitive customer information that is not protected by any of the existing privacy laws or regulations,” he said.

Favoring a privacy inquiry was Commissioner Catherine J.K. Sandoval, a telecommunications attorney. Given the massive changes in communications of voice and data that enable the tracking of users’ locations, financial data and Internet searches, “it is reasonable to reevaluate these practices,” she said.

The review would have applied only to cellphone companies and not to the developers of apps that smartphone users download to perform special tasks, such as Instagram, which takes and shares photographs.

The commission’s refusal to look into alleged smartphone privacy lapses is consistent with its laissez-faire attitude toward wireless rates and government oversight. But that hands-off approach could change given the public’s growing concern about protecting personal data.

Wireless companies disputed the need for greater privacy protections and argued that the PUC should leave any further regulation to the federal government. And they praised the PUC’s decision.

Consumer groups were outraged at the commission’s dismissal of their petition.

“The commission’s head-in-the-sand approach to wireless privacy is a disservice to California consumers,” said Beth Givens, director of the Privacy Rights Clearinghouse in San Diego. Her organization was one of three that petitioned the commission.

Though disappointed, another petitioner, Mark Toney, executive director of San Francisco-based TURN, short for the Utility Reform Network, said he was heartened that the denial won on a split vote.

Noting that Ferron is resigning for health reasons and Peevey’s term is up at the end of this year, Toney said the five-person panel could soon have two new members. “This leaves the door open,” he said.

A third activist seeking action by the PUC was Richard Holober, executive director of the Consumer Federation of California. He denounced the commission majority for being “grossly ignorant of the reality of consumer privacy violations” and accused the three members of refusing to even look into allegations of abuse.

“The only beneficiaries of that 3-2 vote are AT&T, Verizon, Sprint and the other carriers,” he said.

Holober stressed that “this fight is just getting started,” despite Thursday’s setback. “This year is the year we will come to some conclusion as to whether the Legislature has the will to defy the corporate interests or not.”

Privacy advocates, he said, also are exploring “all possible avenues,” including legislation and ballot measures.

AT&T in legal filings with the commission contended that current federal and state laws and private sector initiatives already address privacy concerns. New regulations are not needed and could “chill investment and innovation,” the company said.

The consumer federation’s Holober said he doesn’t expect the cellphone industry to police itself without a push from regulators.

This is a very big issue with consumers, he said, “yet [the commission] won’t even ask … whether or not to develop a thorough record of privacy issues.”