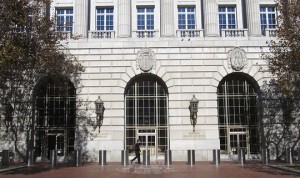 In a blow to software developer Carrier IQ, a federal judge has rejected the company’s bid to send a class-action privacy lawsuit to arbitration.

The decision, issued late last week by U.S. District Court Judge Edward Chen in the Northern District of California, means that consumers who are suing the company for allegedly violating privacy laws will be able to proceed with their claims in federal court.

The ruling marks a setback for Carrier IQ, which is accused of developing software that can log keystrokes on mobile phones. The company’s software was allegedly installed on millions of mobile devices without consumers’ knowledge.

The software’s capabilities came to light in November of 2011, when a researcher posted a video clip that appears to show the company logging keystrokes on a mobile phone. Carrier IQ later acknowledged in a written report that its software sometimes logs the contents of messages, but says the data is encoded, and not readable.

The company also said that its software was intended to help mobile carriers to discover the source of network problems, like dropped calls.

The news sparked a wave of lawsuits against Carrier IQ and six device manufacturers, including HTC, Samsung and LG Electronics. Carrier IQ and the manufacturers argued that case should go to arbitration on the ground that the software was installed at the request of three wireless carriers — all of whom required consumers to agree to resolve disputes in arbitration.

But Chen ruled that those arbitration agreements were between the consumers and carriers, not between consumers and either Carrier IQ or manufacturers. “Generally, one who is not signatory to an agreement has no right to enforce it,” Chen said in the opinion.

The lawsuit isn’t the only result of news of Carrier IQ’s software. The revelations also spurred the Federal Communications Commission to impose new privacy restrictions on carriers, requiring them to protect the privacy of people’s telephone activity, regardless of whether they use wireless devices or landlines.

News of the software’s capabilities also resulted in a Federal Trade Commission action against manufacturer HTC, which allegedly shipped smartphones with Carrier IQ’s diagnostic software. The manufacturer allegedly failed to disable a code used in testing. “Because of that mistake, all of the sensitive user data logged by Carrier IQ was also written to the device’s system log, which was accessible to any third-party app with permission to read it,” the FTC’s Bureau of Consumer Protection said in a blog post.

HTC also allegedly installed Carrier IQ in such a way that many third-party apps could access users’ keystrokes — which would give the apps access to the phone numbers users’ called, browsing histories and other data.

The FTC hasn’t accused Carrier IQ of any wrongdoing in connection with the software.