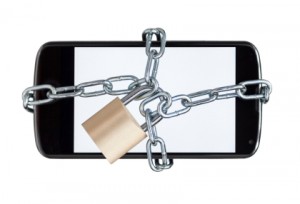 Consumers could save an estimated $2.5 billion each year if proposed “kill switch” technology significantly reduced smartphone thefts nationwide, according to a new study.

The analysis by William Duckworth, a statistics professor at Creighton University, estimates that consumers spend about $500 million each year replacing stolen phones and around $2 billion each year buying premium cell phone insurance through wireless carriers.

Introducing a kill switch feature that allowed victims to disable their stolen devices could virtually eliminate phone thefts because criminals would no longer have an incentive to steal them, law enforcement officials say.

If phone thefts were no longer a concern, more than half of smartphone owners say they would buy less expensive phone insurance coverage from third parties like Apple or SquareTrade that doesn’t cover theft or loss, according to a small survey of 1,200 smartphone owners Duckworth conducted along with his analysis.

“If theft becomes a non-issue then only the most paranoid person would pay the extra money for premium insurance to cover theft,” Duckworth said in an interview.

His survey also found that 99 percent of respondents were in favor of having a kill switch feature on their phones.

Duckworth’s analysis comes as the smartphone industry faces increased pressure to reduce the rising number of thefts. About 1.6 million phones were stolen in the United States in 2012, according to Consumer Reports.

Legislation requiring that every phone sold in the United States feature a kill switch has been introduced in both houses of Congress, but no votes have yet taken place.

“In addition to saving lives, the common sense theft deterrent features we have been advocating for will also help save consumers money,” Gascon and Schneiderman said in a joint statement about Duckworth’s study.

“Manufacturers and carriers need to put public safety before corporate profits and stop this violent epidemic, which has put millions of smartphone users at risk,” they said.

The CTIA, the wireless industry trade group, did not respond to a request for comment about the study. The group has opposed a kill switch in the past, arguing that a hacker could exploit the feature to shut down the phones of consumers or law enforcement officials.

Gascon, however, has argued that the industry has opposed a kill switch because reducing phone thefts could hurt their profits from selling phone insurance. The top four carriers earned an estimated $7.8 billion last year in insurance premiums from their customers, according to Warranty Week, an industry trade publication.

The major wireless carriers offer cell phone insurance through a third-party provider called Asurion, which pays them for each policy they sell.

In an emailed statement, Asurion spokesperson Bettie Colombo said company data shows Duckworth’s analysis, which partly relies on statistics from Consumer Reports, underestimates the number of phones stolen each year. [Duckworth says he did not have access to insurance company data.]

Colombo also said about 60 percent of insurance claims are due to lost phones, which can’t be prevented by a kill switch “and still results in tremendous cost for the consumer without appropriate coverage.”

“Asurion has no objection to properly implemented kill switch technology,” Colombo said, but added, “there is no solution that will totally eliminate the theft of smartphones as there are other values in the black-market for the phones, such as parts.”

Phone insurance plans typically cost between $7 and $11 per month, and require consumers to pay deductibles as high as $200 for a replacement phone — which is often refurbished, not new. Asurion also doesn’t guarantee customers will receive the same model as the one they lost.

Last year, Apple responded to the growing pressure from law enforcement by announcing a new security feature that the company said would allow consumers to render their devices useless once stolen. Apple’s new Activation Lock was introduced in September.

Law enforcement officials say it is too soon to determine whether the feature is effective at reducing iPhone thefts. Other smartphone manufacturers have yet to introduce new anti-theft measures.

Meanwhile, thefts of smartphones and other mobile devices increased in several major cities again in 2013, including New York, Washington, D.C., and San Francisco.