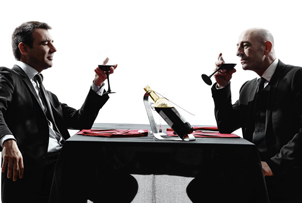 Richard Holober, executive director of the Consumer Federation of California, has praised Brown in the past for action on privacy, food safety, credit reports and residential care facilities for the elderly. Holober is not happy with the vetoes of CPUC bills.

“Until we saw the vetoes, we were keeping our fingers crossed that he would make the Governor’s Office part of the solution,” Holober said. “Now we are really scratching our heads. The loss of public trust, the scandalous collusion is troubling.”

The utilities commission has been under criminal investigation for about a year, with agents focusing on the agency’s relationships with the utility companies it’s supposed to oversee.

In his veto message, Brown said the particular set of bills designed to set the agency straight didn’t work well together.

“There are many needed and important reforms in this package of bills,” Brown wrote in his veto message. “Unfortunately, taken together there are various technical and conflicting issues that make the over 50 proposed reforms unworkable. Some prudent prioritization is needed.”

Brown pledged to direct his staff to work with lawmakers over the coming months to enact reform legislation he can sign.