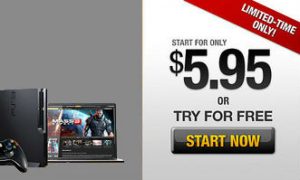 Despite what you may read on the Internet, Priscilla Chan — pediatrician, philanthropist, and wife of Facebook founder and CEO Mark Zuckerberg — has not launched her own skin care venture, nor is she offering “free trials” of an anti-aging wrinkle cream she supposedly invented.

Nor, for that matter, is reality television star Joanna Gaines quitting her popular HGTV series Fixer Upper to promote her own “anti-aging serum” called VLamorous.

Celebrities aren’t the only victims of a long-running Internet scam that uses fake celebrity endorsements to peddle skin care products online. Ordinary individuals who fall for the advertorials (advertisements written to look like articles) in some cases wind up bilked out of hundreds of dollars.

The perpetrators use networks of bogus web sites, social media, and e-commerce technology to trick users into ordering “free trials” of supposedly celebrity-endorsed products, only to find they’ve unknowingly signed up to receive regular shipments for which they’re automatically charged on a monthly basis.

The Internet is rife with consumer complaints about these scams.