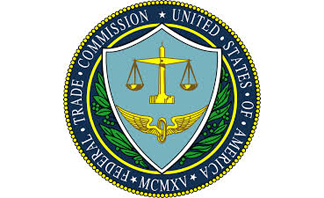 Next week, January 13-17, is the Federal Trade Commission’s Tax Identity Theft Awareness Week. The FTC is hosting 16 events across the country along with a series of national webinars and Twitter chats designed to raise awareness about tax identity theft and provide consumers with tips on how to protect themselves, and what to do if they become victims.

“This week’s events are designed to teach consumers more about how to protect themselves from tax ID theft and how to respond if they become victims,” said Jessica Rich, Director of the FTC’s Bureau of Consumer Protection. “As consumers begin making preparations to file their taxes, now is the right time for them to learn more about this important issue.”

The 16 Tax Identity Theft Awareness Week events hosted by the agency will be held in cities in Alabama, California, the District of Columbia, Florida, Georgia, Maryland, Nevada, New York, Ohio, South Carolina, Texas, Washington and Virginia. The events held in Huntsville, Ala., Ft. Jackson, S.C. and Ft. Belvoir, Va., will focus on the particular needs of military service members, veterans and their families when it comes to fighting tax identity theft. Various events will include representatives of the IRS, AARP and local U.S. Attorney’s offices, who will provide additional information to consumers.

In addition to the FTC-hosted events, the FTC has created an array of materials for use by local and state law enforcement agencies, consumer advocates and others in creating events of their own or providing information to consumers on how to prevent, recognize and respond to tax id theft.

The Federal Trade Commission works for consumers to prevent fraudulent, deceptive, and unfair business practices and to provide information to help spot, stop, and avoid them.  To file a complaint in English or Spanish, visit the FTC’s online Complaint Assistant or call 1-877-FTC-HELP (1-877-382-4357).  The FTC enters complaints into Consumer Sentinel, a secure, online database available to more than 2,000 civil and criminal law enforcement agencies in the U.S. and abroad.