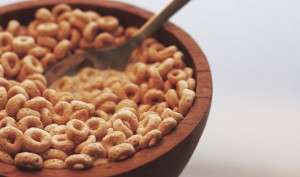 While all sorts of big-name financial, tech, e-commerce, and telecom companies have been trying to take away consumers’ right to sue by inserting forced-arbitration clauses in their contracts and terms of service, it seemed ridiculous to think that the makers of cereal would resort to such deviousness, or how they would even be able to do it. But last week, General Mills tried, adding language to its website that stripped certain customers of their access to legal redress against the company. Realizing that maybe this might tick off an awful lot of people, the company has backed off this policy change.

Last week, people noticed that the General Mills site now included a notice at the top which stated the company had “new Legal Terms which require all disputes related to the purchase or use of any General Mills product or service to be resolved through binding arbitration.”

If that weren’t enough, the language in the actual Legal Terms stated that consumers were agreeing to these terms (whether they knew it or not) “by using our websites, joining our sites as a member, joining our online community, subscribing to our email newsletters, downloading or printing a digital coupon, entering a sweepstakes or contest, redeeming a promotional offer, or otherwise participating in any other General Mills offering.”

But apparently, we’re all stupid, at least in the eyes of General Mills, and we just didn’t understand that the company was trying to help us out.

In a blog post yesterday on the General Mills website, a company mouthpiece, claims that these words were “widely misread.”

“[A]rbitration would have simply streamlined how complaints are handled,” continues the utter nonsense from the General Mills spokesperson. “Many companies do the same, and we felt it would be helpful.”

The most baldfaced misinformation provided in the General Mills statement is the assertion that “arbitration clauses don’t cause anyone to waive a valid legal claim.”

Let’s just pause for a moment to contemplate what utter and complete bullcheerios that is.

Arbitration clauses force every individual consumer to give up his or her right to a lawsuit and enter into a process that is proven to be unbalanced in favor of the businesses with massive legal teams at their beck and call.

But most lawyers won’t get involved on the consumers’ side of an arbitration dispute both because of this unbalance and because damages are severely limited.

Likewise, one consumer on her own may have a good case, but the cost of making that case far outweighs any damages she might receive. The U.S. Supreme Court recently ruled that this is not a reason to invalidate a forced-arbitration clause.

So the harmed consumer would either need to go deeply into debt or seek massive amounts of donations just to prove her case. And each harmed consumer would have to do this on his or her own. Thus, a company can get away with harming consumers so long as it is too expensive for any of the individual plaintiffs to make the case against the company.

To us, this very much seems like cases in which arbitration causes someone “to waive a valid legal claim.”

While General Mills thinks we’re all stupid for not understanding the supposed benefit (to General Mills) of forced arbitration, this is one of the more boneheaded attempts to shove one of these policies down consumers’ throats.

Unlike terms of service for wireless service or credit cards, which are both standard in their respective industries apply to very specific products and conditions, consumers have no expectation of or history with the notion of applying terms of service to a packaged food product. Even if one blindly agrees to legal terms on a coupon or sweepstakes, the notion that those legal terms would apply to the actual food product is bizarre and like something out of a 1950s sci-fi novel.