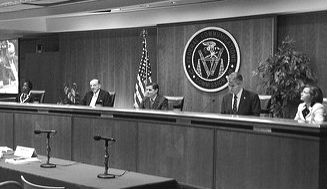 Republicans in Congress have urged the Federal Communications Commission to avoid passing any controversial regulations between now and Donald Trump’s inauguration as president. If FCC Chairman Tom Wheeler complies with the request, it could prevent passage of rules designed to help cable customers avoid set-top box rental fees—and any other controversial changes.

“Leadership of the Federal Communications Commission (FCC) will soon change,” Sen. John Thune (R-S.D.), chairman of the Senate Commerce Committee, wrote to Wheeler yesterday. “Congressional oversight of the execution of our nation’s communications policies will continue. Any action taken by the FCC following November 8, 2016, will receive particular scrutiny. I strongly urge the FCC to avoid directing its attention and resources in the coming months to complex, partisan, or otherwise controversial items that the new Congress and new Administration will have an interest in reviewing.”