How Kavanaugh could shape the coming “watershed” moment for digital privacy 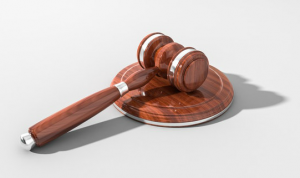 Over the course of the next two decades, the Supreme Court will likely undertake some of the most consequential digital privacy cases that will reverberate across generations to come. And Judge Brett Kavanaugh’s likely addition to the high court, along with President Trump’s first nominee, Justice Neil Gorsuch, will be deciding voices.

“I think the next decade of Fourth Amendment jurisprudence is going to be fascinating,” said Christopher Slobogin, a law professor at Vanderbilt University Law School and director of the school’s Criminal Justice Program.

“This is a watershed moment, because technology — police are using technology, and eventually the court’s going to have to recognize that and respond to it,” Slobogin added.

What is the future of privacy, surveillance and policing technology under Trump and Sessions?
More and more, the courts are going to have to decide where to draw the line, as law enforcement looks to things like drones, facial recognition software and predictive policing — determining who might commit a crime before they do — through social media, Slobogin said. Those technologies raise new legal questions, Slobogin said, because most people don’t think of their social media communications as being public. Do police need a warrant before they access that kind of information? Slobogin posed.

Technology almost always outpaces laws — just watch one of the Facebook hearings Congress held earlier this year to see why laws created by those who don’t grasp technology are behind in legislating it. The courts, too, are playing catch-up, navigating the Fourth Amendment’s right of the people against unreasonable searches and seizures, and making probable cause the standard for a warrant, in a world in which technology is ever-expanding, ever-advancing, and ever-enhancing law enforcement’s capabilities.

Kavanaugh’s record when it comes to digital privacy and Fourth Amendment issues isn’t particularly extensive. But it’s extensive enough to stall GOP Kentucky Sen. Rand Paul’s support, who has yet to announce whether he’ll vote yes on the president’s latest Supreme Court pick, and to incite the outright protest of Republican Rep. Justin Amash of Michigan, although as a member of the House he doesn’t play a role in the confirmation process. Paul, who met with Kavanaugh on Tuesday, told Politico earlier this week he has serious concerns about Kavanaugh’s record on the issue.

“I am honestly undecided,” he told Politico. “I am very concerned about his position on privacy and the Fourth Amendment. This is not a small deal for me. This is a big deal.”

Read the rest at CBS News →