Obama report outlines the perils, and promise, of ‘big data’ 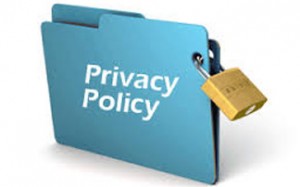 The report calls for new steps, such as an online bill of rights. Yet it also seeks to tread cautiously in a fast-evolving realm that spans from Facebook to online shopping and medical information.

That’s because the insights gleaned from big data – the act of compiling and analyzing digital information about consumers – are being tapped to solve problems, not just push personalized online ads.

The report envisions stakeholders such as corporations coming together “to develop voluntary, enforceable codes of conduct that specify how the Consumer Privacy Bill of Rights applies in specific business contexts.”

Digital data experts generally agree on many of the benefits, but they also say the big-data trend raises difficult ethical and social questions that have yet to be answered amid a private- and public-sector rush to capitalize on the burgeoning troves of consumer data.

The report, released Thursday and prepared by a team including Obama counselor John Podesta and Commerce Secretary Penny Pritzker, sketched some of the concerns.

For example, it draws attention to the threat of “subtle and not-so-subtle forms of discrimination in pricing, services, and opportunities,” as companies nurture or shun potential customers based on clues within their digital footprints.

Among its recommendations, the report says the US should do the following:

• Pass legislation, backed by Obama in 2011, establishing a national data breach standard. Companies would have to notify customers promptly if sensitive personal information has been exposed.

• Solicit public comment on how to develop the Consumer Privacy Bill of Rights, and then have the Commerce Department “work on a draft legislative text for consideration by stakeholders and for submission by the President to Congress.”

• Extend US privacy protections to noncitizens or create other “meaningful” protection for noncitizens. The report also says the US should work with other nations on parallel privacy frameworks abroad.

• Ensure that data collected on students is used only for educational purposes. Also, “understanding how personal data is collected, shared, and used … should be recognized as an essential skill” to be taught in schools.

• Have federal agencies expand the technical expertise to monitor big data so it doesn’t result in discrimination against Americans.

• Update the Electronic Communications Privacy Act, a law from the 1980s, to fix “archaic” provisions and “ensure the standard of protection for online, digital content is consistent with that afforded in the physical world.”

The new report has its roots in concerns that have grown over the past year amid revelations about intelligence gathering by the National Security Administration (NSA), as well as high-profile breaches of private-sector databases by hackers.

In a telephone press briefing for reporters, Mr. Podesta said the broad question is “how one protects privacy across this range of sectors,” but that this new report doesn’t address the NSA slice of that question.

The report was greeted skeptically by some who follow the realm of online data gathering.

Some civil rights advocates welcomed the report’s call to action regarding potential discrimination.

An Associated Press article Thursday offered one example of the problem: Data analysis is confirming for employers that workers who live closer are more likely to stay at a job. That could prompt hiring practices that are biased against job seekers who live relatively far away – perhaps in communities that are poorer and don’t have as many jobs.

The White House report also noted that corporate algorithms can result in two consumers being offered the same product at different prices, and it report recommended that “the President’s Council of Economic Advisers should assess the evolving practices of differential pricing both online and offline … and consider whether new practices are needed to ensure fairness for the consumer.”

Overall, though, some of the report’s most impassioned words were about the promise of big data as a tool for positive change. In this sense, its message was partly not to rush too fast, or go too far, in the pursuit of new privacy protections.

“Properly implemented, big data will become an historic driver of progress, helping our nation perpetuate the civic and economic dynamism that has long been its hallmark,” it said.