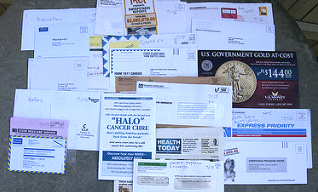 A complaint-laden organization that solicits donations nationwide is making a play in New Jersey.

“You have been specifically chosen to represent Mercer County in this Referendum on Social Security campaign,” said a pitch letter received by Bob Lampert of Ewing.

“The National Council for Survivors is a grassroots organization that works to protect the hard-earned Social Security benefits owed to America’s seniors,” the letter said.

The four-page missive warned that Social Security could go bankrupt, “leaving you and me with little — or even none — of the money we worked so hard to save.”

“I got upset right away because it was something about ending Social Security,” said Lampert, 82. “Social Security is naturally very dear to me, as it is to many others.”

But pretty quickly, Lampert was suspicious.

It also asked for money.

“I need to send Referendums to every county in America… and your $16.45 will help me send an additional 36 Referendums on Social Security to citizens across America who feel the same way as you and me,” the letter said.