Home • News • States try to quash robocalls, but they’re worse than ever

States try to quash robocalls, but they’re worse than ever 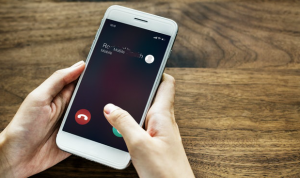 Robocalls — those nettlesome autodial telephone calls from both scammers and legitimate businesses — skyrocketed in the first half of 2018, and have prompted the most complaints to federal and most state enforcement officials of any consumer topic in recent years.

But as much as top state law enforcement officers would love to go after the robocallers, who often operate outside the law, the combined hurdles of technology, economics and geography make the job difficult.

Robocalls jumped dramatically nationwide this year, from 2.9 billion in January to 4.1 billion in June, according to YouMail Inc., a company that tracks robocalls and sells software to block them.

Unwanted calls are the biggest complaint to the Federal Communications Commission, making up about 60 percent of complaints the agency gets. Robocalls also are the top complaint at the Federal Trade Commission, which in fiscal 2017 received more than 4.5 million robocall complaints.

While states are trying to crack down — a tougher law was enacted in Connecticut, for example, and legislation is pending in a handful of other states — they face almost insurmountable obstacles because often the callers are offshore. And while telephone companies are taking steps to help combat the calls, state officials imply they are not helping enough.

“There is a problem with a lot of these calls emanating from overseas,” said Massachusetts Attorney General Maura Healey, a Democrat. “The practicalities of enforcement become problematic.”