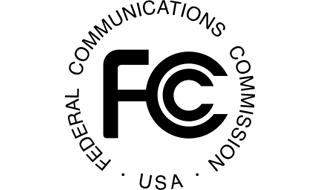 Should the government impose new rules on Internet providers to protect your privacy online?

That will be the subject of an Oct. 27 vote by the Federal Communications Commission, the nation’s top broadband regulator said Thursday.

The vote could finalize a proposal that would force Internet providers, such as Verizon or Comcast, to get consumers’ explicit consent before using or sharing personal data such as their Web browsing history, app usage history, geolocation information and the content of their emails and online messages.

Other types of information, such as IP addresses or device identifiers, would not be considered sensitive under the proposal and could be tracked by Internet providers without getting customers’ affirmative permission first. Providers would be required to tell their users about all the data they collect and for what purpose — especially before seeking customer consent for the use of sensitive data.

“There are currently no rules in place outlining how ISPs may use and share their customers’ personal information,” FCC Chairman Tom Wheeler wrote in a blog post. “Consumers deserve to be able to make informed choices about their privacy and their children’s privacy online.”

Notably, the proposal does not seek to ban Internet providers’ offering of a discount to consumers in exchange for their personal data, as companies such as AT&T have done (until recently). Under these types of programs, consumers give up some of their privacy for lower-cost access to the Internet. A senior FCC official told reporters Thursday that the agency will evaluate these programs on a case-by-case basis, weighing an intervention only if it appears as though a provider is forcing the option on consumers.

Internet providers increasingly want to use and share personal data with third parties as they expand their businesses beyond the provision of Internet connectivity. As they collect information on where their broadband customers go and what they do on the Web, providers can earn more money by selling targeted advertising spots to marketers — and by figuring out how to market their own, proprietary competitors to the likes of Netflix and Spotify.

Some, such as Verizon, have acquired major digital content and advertising companies in a bid to turn clicks into dollars. The strategy is what motivated its recent acquisition of Yahoo. But analysts have said that the FCC’s privacy rules may make it harder for Verizon to make money on the investment.

“It’s not crazy to think that an opt-in regime would lower the addressable advertising opportunity by 50 percent,” said Craig Moffett, a telecom analyst at MoffettNathanson, referring to the proposal on requiring consumers’ affirmative consent before providers can use sensitive data.

Those websites will not be required, for the most part, to live by the FCC’s rules — leading to objections from broadband industry officials, who complain that Wheeler’s proposal treats them unfairly. But it does not appear that the FCC has the legal authority to regulate websites. As a result, while the agency’s privacy regulations would apply to Google’s broadband business, Google Fiber, its privacy regulations would not seek to affect Google’s other services, such as YouTube or its search engine.

Consumer advocates say Internet providers deserve to be treated differently from Google. Whereas Google gathers a great deal of data when you use its applications, Internet providers have a more expansive view of its customers’ entire digital lives, they say. Broadband companies know about all of the services you use online, because their entire purpose is to connect you to them.

“Continuing to allow broadband providers to exploit their market power to harvest our sensitive private information without even asking permission is not only anti-consumer, but blatantly unfair,” said Harold Feld, senior vice president at the consumer group Public Knowledge.