Home • News • Uber and a Fraught New Era for Tech

Uber and a Fraught New Era for Tech 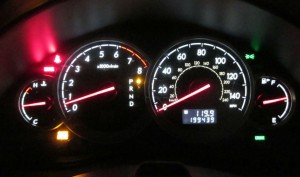 Tech has always been a cage fight among the companies involved. Microsoft spent decades being famously combative, until it was humbled by a near breakup of the company by the Justice Department. And anyone who thinks—as Uber executive Emil Michael proposed last week, before apologizing—that digging up dirt on journalists is a novel tactic has a short memory. In 2006, in a bid to identify a leak’s source, Hewlett-Packard hired private investigators to obtain the phone records of journalists and the company’s own board members, which is a federal crime.

But even by these standards, Uber is something special. It is the logical endpoint of the gradual transformation of the tech industry into something new. The emphasis of early tech companies was on being an enabling force, on improving life first and perhaps changing the world in the process. The emphasis of the tech companies being built now is much more zero-sum. Whom do we need to destroy in an effort to enrich ourselves and our investors, and what is the best vehicle for creating a consumer need that will facilitate that quest?

“Tech is the new finance,” is by now cliché among insiders, who perhaps don’t realize all the ways in which that is true. Finance, after all, is full of companies with powerful incentives to behave badly, regulated by equally powerful government bodies designed to keep them in check.

Now that the dust has settled and we’ve all had time to digest the litany of consumer-privacy problems engulfing Uber, it’s time to look at why this is happening, and how it will transform both Uber and the wider tech industry.