by Chris Morran, The Consumerist 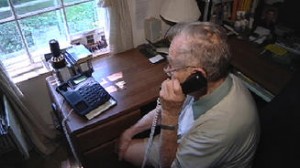 If you ask any American to name the things they love the most, they are sure to reply, “debt collectors, intrusive pre-recorded phone calls, and the federal government!” So today — under orders to do so from a piece of rushed, tacked-on legislation — the Federal Communications Commission released its final rules allowing the federal government and some of its contractors to make debt-collection robocalls to wireless lines.

By way of background, the Telephone Consumer Protection Act (TCPA) generally prohibits businesses from making a non-emergency robocall to a wireless number without the recipient’s prior consent. Then in late 2015, Congress tacked on a last-minute addition to must-pass budget bill, revising the TCPA to explicitly exempt robocalls that involve the collection of debts owed to the federal government.

Read the new rules at The Consumerist.