Where to complain about a mistake in your credit report 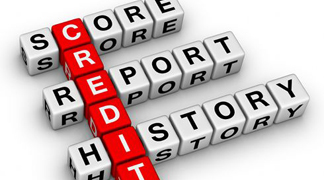 A mistake in your credit report can have serious consequences. It can hurt your ability to get a credit card, qualify for a loan, rent an apartment or even be hired for a job.

If you find an error in your file, you want it corrected – quickly. But that doesn’t always happen. What do you do then? Complain to the Consumer Financial Protection Bureau (CFPB).

“The CFPB is getting results for thousands of consumers and making credit bureaus more accountable,” said Laura Murray with the consumer advocacy group U.S. PIRG.

The CFPB received more than 10,000 complaints about credit bureaus from October 2012 to 2013. The bulk of those complaints dealt with inaccurate information, but some involved products or services, such as credit monitoring.

The PIRG analysis of the bureau’s public database shows that nearly 3,000 people (30 percent) had their problem solved by the company. “Clearly, there are thousands of people who were not satisfied when they contacted the credit bureaus about a problem,” Murray said. “These are people who would probably still be calling and writing the credit bureaus trying to get their problems resolved.”

According to the PIRG report, the big three credit reporting agencies (Equifax, Experian and TransUnion) vary widely in how they respond to these complaints. Here are the other key findings:

We contacted the three credit bureaus to get their reaction to the PIRG report. They had the Consumer Data Industry Association (CDIA) respond.

In a statement to NBC News, CDIA vice president of public affairs Norm Magnuson wrote, “Lenders and nationwide credit bureaus are both committed to data accuracy. Our members want the number of complaints to be zero. Until that time, our members will continue to work with consumers, improve systems and partner with lenders who furnish data to credit bureaus.”

How big is the error rate?
It’s hard to know for sure; different studies come up with widely different numbers.

In a report released earlier this year, the Federal Trade Commission said twenty percent of U.S. consumers had an error on at least one of their three credit reports. Five percent had errors serious enough that they could result in higher payments for financial products such as auto loans and insurance.

Who’s to blame for these mistakes? The credit reporting industry says in nearly 9 out of 10 cases, the inaccurate information was based on a reporting error from the customer’s lender.

CDIA said its members are working to push down the error rate and improve its customer-satisfaction rating, which it puts at 95 percent.

The FTC has information on how to dispute errors on your credit report.

If you’ve contacted a credit bureau about a mistake and did not get the issue resolved, file a complaint with the Consumer Financial Protection Bureau.

You can get a free copy of your credit report from each of the big three credit bureaus every 12 months. Go to AnnualCreditReport.com. This site was set up by the federal government and is the only site you should use.