Working to Block Those Advertising Annoyances 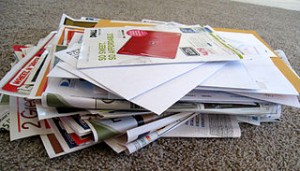 With so much attention to digital overload — too much email, too many photos on Facebook, too many mindless tweets — some of life’s biggest annoyances are still analog, especially when people want to sell you things.

Unwanted telemarketing calls. Glossy catalogs clogging the mailbox and being dumped unread into the nearest recycling bin. And, O.K., in a nod to the Internet world: now too many ads chasing you online.

So, how to block the endless unwanted advertising that sneaks into homes through the phone, computer and mailbox? Here are some options I’ve tried that, to my surprise, seem to work effectively. And they’re free.

First, automated calls. It’s a continuing frustration to many Americans; despite a national Do Not Call Registry, last year alone the Federal Trade Commission fielded 2.2 million complaints about such calls. Nomorobo, a service that became available in October, seems to be succeeding where the registry has not. It blocks sales robocalls, which are, for the most part, illegal whether your name is on the registry or not.

The service was created by Aaron Foss, a software developer from Long Island, who last year was one of the winners of a Robocall Challenge set up by the Federal Trade Commission.

Using information from the F.T.C’s Do Not Call Registry and elsewhere, Nomorobo uses a simultaneous ringing feature available on most phone systems. Once a consumer signs up on www.nomorobo.com, the system answers the rejected call and then hangs up before the home or office phone picks up.

It does, however, sort out “good” robocalls, like those from school systems warning of snow days, said Mr. Foss, who runs a one-man shop.

A few caveats: Nomorobo works with most phone company carriers but not all and must use a Voice Over Internet Protocol or VoIP phone system. So, for example, it works with Verizon FiOS, but not regular Verizon service.

It also is only for landlines, not cellphones. And an antivirus system or corporate firewall might block it.

There is a backup in case a genuine call accidentally gets rerouted to Nomorobo. A recording says, “you have been identified as a robocaller” and asks the caller to type in a two-digit number. If done correctly, the caller is put through.

Despite skepticism from many that no one can keep ahead of the voracious robocallers, Mr. Foss said his system was working better than he expected.

“In a little over four months, we’ve had 68,000 users sign up and blocked a little over one million robocalls,” he said. That might sound paltry compared with the possible billions or trillions of such calls placed annually, but it’s a start, Mr. Foss said.

“This is a first-generation product,” he said. “I liken it to email spam. As spammers got better, anti-spamming got better. People gave me a thousand reasons why it wouldn’t work, and I thought it might block about half the calls. It’s now blocking almost all the calls, which is good enough to get through dinner.”

Will this continue to be free? Mr. Foss said he hoped so. His goal is to make money by offering the service to businesses like call centers, which have expressed an interest.

Kathleen Daffan, a lawyer in the F.T.C’s Bureau of Consumer Protection, said of the battle against robocalls: “It’s always an arms race.” She hopes, she said, that as it becomes more difficult for robocalls to get through, and the costs go up, “there will be a tipping point when it’s just not worth it.”

That’s one annoyance cleared away. Now on to those catalogs and junk mail that are, for the most part, tossed out unread, accompanied by a twinge of guilt that all that paper is being wasted.

Some years ago, a site called Catalogchoice.org appeared on the scene. It was a free service; if you put in your name, address and the catalog you wanted stopped, it would pass on the request to the business.

Now, when one types in the URL www.catalogchoice.org, something called TrustediD comes up.

This is what happened: Catalogchoice.org was started in 2007 as a nonprofit and was subsequently sold to the company TrustediD, and then, last year, sold to Equifax, the credit reporting agency, said April Smith, an account executive with Equifax.

But it still operates the same way and if you used catalogchoice.org before, your information, like the catalogs you asked to be stopped, will still be stored on the site. To get started with the service, scroll to the bottom of the home page and click the green button that says “Sign Up Now.”

“We’ve added many more titles — we now have about 9,000 — and moved beyond catalogs, to include phone books, fliers and junk mail,” said Ms. Smith, who has been with catalogchoice.org since its inception.

The service, however, can’t do anything about junk mail that doesn’t have an address and is just slipped in a mailbox or under a door.

About 1.7 million users have used the site and “95 percent of opt-outs are honored by the companies,” Ms. Smith said, although it can take two to three months for the process to work.

Although you can also stop receiving telephone books through the same site, Ms. Smith recommended that a more direct way is to go to www.yellowpagesoptout.com.

Finally, what to do about targeted online ads, or as they are called in the industry, interest-based advertising? You know — when you buy boots from Zappos, and then Zappos ads for other boots or related items keep showing up online?

Some people like this kind of specific marketing, but others find it creepy or just irritating. The good news is there’s a way to stop some of them. Look for a small sideways turquoise triangle, usually in the upper right corner of the advertisement. Click on it. It will lead to you a page explaining the tracking and how you can opt out.

The AdChoices icon was adopted by the Digital Advertising Alliance, a group of digital advertising trade organizations, in 2010 as a form of voluntary self-regulation in response to concerns about online privacy.

Some Internet privacy organizations think this effort doesn’t go far enough and research has found that three years on, only a small percentage of consumers know about AdChoices. Parks Associates, a market research company, showed that from 2011 to 2013, consumer awareness of the icon rose only one percentage point — to 6 percent from 5 percent, said Heather Way, an analyst at Parks Associates.

Lou Mastria, managing director of the Digital Advertising Alliance, disagreed with those findings, saying other surveys have found that up to 20 percent of consumers recognize the symbol.

“It appears on ads and websites a trillion times a month,” he said, adding that about half of the six million consumers who have visited the AdChoice page since it began have chosen to opt out.

These options won’t address all the irritants in daily life, but it’s a start. Now the problem is, without the endless robocalls, the allure of the glossy catalogs and the distraction of targeted ads, what excuses are there to avoid work?