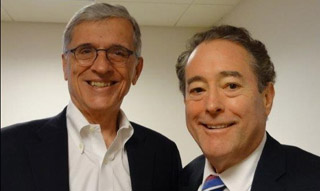 “Consumers should have the right to decide whether companies such as AT&T, Verizon and Comcast share our private information with strangers. Chairman Wheeler’s proposal is a major step in placing consumers in control of our personal information,” stated Richard Holober, Executive Director of the Consumer Federation of California. “As gatekeepers to the Internet, broadband service providers have unequalled access to consumer’s private information, including sensitive financial, medical, web search, geolocation and online communication data. Chairman Wheeler’s proposal would ensure that broadband providers’ profit motives do not trample our right to privacy.”

The FCC Chairman’s proposal would prohibit Broadband Internet Access Service (BIAS) providers from sharing sensitive information without a consumer’s consent. The proposal also requires BIAS providers to inform consumers about what information they collect and with whom that information is shared. The FCC may vote on the proposal at its October 27 meeting.

Click here for more information about the history of this FCC rulemaking.