by Rick Weber, Inside Cybersecurity 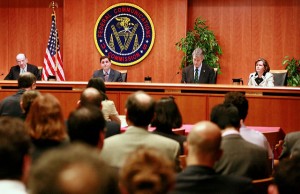 Consumer advocates are backing the general intention of a Federal Communications Commission proposal that would impose privacy requirements on Internet service providers, while arguing that the new rules should go further in protecting more users of a broadband connection and clarifying that opting-in is not a condition for online services, among other measures. “Securing this personal data requires transparency, fairness, consumer choice, and data security,” states the Consumer Federation of California in its May 27 comments to the FCC.

“To further this goal, the FCC should establish regulations which restrict broadband Internet access service (BIAS) providers from sharing personal consumer data for purposes that are not required to provide the access service for which the consumer enters into a relationship with the BIAS provider,” argues the consumer advocacy group.