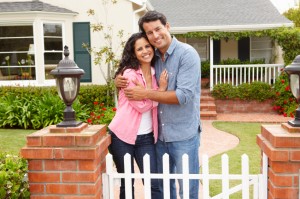 Consumer Federation of California (CFC) announced that approximately 1 million Californians with Farmers, Fire Insurance Exchange and Mid-Century homeowner’s insurance policies will face a 3.8 percent rate hike, on average, in 2014, rather than the 6.9 percent increase the company originally proposed. Using California’s longstanding consumer protection laws, known as Proposition 103, CFC worked with Farmers and the California Department of Insurance (DOI) to cut the increase nearly by half, resulting in an overall savings of about $34 million.

“Californians directly benefit, with quantifiable savings, because our consumer protection laws let groups like Consumer Federation investigate and challenge insurance company rates,” said CFC Executive Director Richard Holober. “No homeowner wants to pay more for insurance than they have to, and with this challenge alone we saved $34 million that Californians will be able to put into savings or back into the economy.”

Under California’s Proposition 103, consumer groups have a right to intervene in any rate change insurance companies want to make for certain lines of insurance including homeowner’s and automobile policies.

In June of 2013, Farmers and its affiliates Fire Insurance Exchange and Mid-Century Insurance requested to raise rates by about $74 million on more than a million policyholders starting in February 2014. CFC petitioned the DOI to intervene, providing an assessment that concluded the proposed rate hike was excessive. This led to discussions with Farmers and the department, and an examination of the actuarial details of the rate filing. Farmers, the DOI and CFC agreed that the trimmed-down increase of about $40 million was appropriate, and that Farmers could still implement the change according to the same timeline originally planned by Farmers.

CFC is currently reviewing several other rate hikes proposed by insurance companies to ensure that no Californian is overcharged on their home or auto insurance.