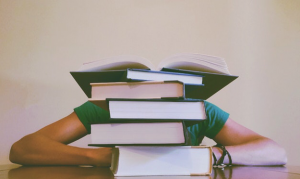 Education Secretary Betsy DeVos moved to make it harder for students who say they were defrauded by colleges to erase their debts, rolling back Obama-era regulations that for-profit colleges saw as threatening their survival.

The proposed rules published Wednesday require students to prove schools knowingly deceived them if they want their federal loans canceled. And it scuttled an Obama administration provision that allowed similar claims to be processed as a group. Instead, students will have to prove their claims individually.

The rules are DeVos’s rewrite of an Obama-era regulation published in 2016 and part of that administration’s crackdown on for-profit colleges that critics say prey on vulnerable students. In ways big and small, the new version makes it harder for students to win debt forgiveness.

“Postsecondary students are adults who can be reasonably expected to make informed decisions and who must take personal accountability for the decisions they make,” said the proposed regulation, which was posted online July 25.