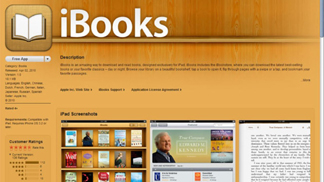 Apple Inc. lost an antitrust lawsuit in July against the U.S. Department of Justice (DOJ) over the company’s alleged collusion with five publishers to fix ebook prices.

According to the New York Times, “Apple’s wrongdoing dates back to 2010, when it introduced an agency model in which publishers set retail prices and Apple took a commission. The company also specified in its contracts that if a rival set lower prices than those in the  iBookstore, the publishers would have to match them. After these deals, ebook prices went up.”(1)

At the time, Apple, led by its co-founder Steve Jobs who died in 2011, was competing with tech giant Amazon. The Apple’s price fixing pushed up costs for readers, and was its attempt to eliminate its rival from the market, the judge said in the ruling.

Before Apple came along, the ebook market had been run in the same way as the print market. Books were sold at a wholesale price and sellers then decided what price to charge consumers for them. Under this model, Amazon was lowering the price of ebooks, choosing to sell them below cost price in order to establish dominance in the market.

According to the DOJ, the civil antitrust lawsuit “for conspiring to end ebook retailers’ freedom to compete on price by taking control of pricing from ebook retailers and substantially increasing the prices that consumers paid for ebooks” was filed in April 2012. The defendants in the suit were Apple, Hachette, HarperCollins, Macmillan, Penguin and Simon & Schuster.(2)

U.S. District Judge Denise Cote stated that the ebook’s “higher prices were not the result of regular market forces but of a scheme in which Apple was a full participant.” She concluded that, “Apple conspired to restrain trade in violation of Section 1 of the Sherman Act.”(3)(4)

Following the judge’s decision, the DOJ submitted to the court a recommendation on how to remedy Apple’s price fixing. According to a DOJ press release, the proposal “is intended to halt Apple’s anti-competitive conduct, restore lost competition and prevent a recurrence of the illegal activities.”(5)

The DOJ recommended the following:

The New York Times believes that “the Justice Department’s plan will keep Apple from getting back to its old tricks” and that ebook prices, which spiked in 2010 and started to drop back down as publishers settled with the government, should stay low, because the DOJ remedy “should prevent future price-fixing and make it easier for readers to make purchases through apps.”(1)

“After carefully weighing the evidence, the court agreed with the DOJ and 33 state attorneys general, that executives at the highest levels of Apple orchestrated a conspiracy with five major publishers to raise e-book prices,” the assistant attorney general in charge of the DoJ’s antitrust division said.

Apple has reportedly declared its intention to appeal against the guilty verdict.

Unfortunately, the five publishers in the ebook pricing case object to the DOJ’s proposed punishment for Apple, saying that it would harm them because it aims to prohibit agency pricing for five years. They had already reached settlements with the DOJ that allow retailers to discount their ebooks for two years. These settlements are already in effect, and after two years, the existing settlements allow publishers to return to an agency pricing model where they set an ebook’s price and the retailer can’t discount below that price.(6)

But the DOJ injunction would force publishers to let Apple discount its ebooks for five years, not just two. While the injunction only specifically mentions Apple, it would affect publishers’ contracts with all retailers, including Amazon, because the publishers would not want to offer different terms to Apple than they do to other retailers.

“The provisions [in the injunction] do not impose any limitation on Apple’s pricing behavior at all,” the publishers write. “Rather, under the guise of punishing Apple, they effectively punish the Settling Defendants by prohibiting agreements with Apple using an agency model.”(6)

Now that Apple’s ebook price fixing has been brought to light, it will be important for regulators to keep a watchful eye on Amazon. The e-commerce giant owns 65% of the market, and before Apple started selling e-books, Amazon controlled a whopping 90% of the market.(7)

•    Apple: A rotten core under a polished brand image
•    Apple: Enemy of consumer privacy
•    Apple’s disregard for consumer privacy – a consistent policy
•    Why are we supporting Apple’s sweatshops?
•    How does Apple avoid paying taxes? ($44 billion in the US alone)
•    Poverty-level wages for Apple store employees
•    Apple: Using secret police as personal patent enforcers
•    Apple and the NSA: Violating American citizens’ privacy
•    Apple earned the title of “least green” tech company
•    When will the golden Apple fall?

(4) Section 1 of the Sherman Antitrust Act (Title 15 of the United States Code) states: “Every contract, combination in the form of trust or otherwise, or conspiracy, in restraint of trade or commerce among the several States, or with foreign nations, is declared to be illegal. Every person who shall make any contract or engage in any combination or conspiracy hereby declared to be illegal shall be deemed guilty of a felony, and, on conviction thereof, shall be punished by fine not exceeding $100,000,000 if a corporation, or, if any other person, $1,000,000, or by imprisonment not exceeding 10 years, or by both said punishments, in the discretion of the court.”